You're at the right place. Welcome to our new website.

Programs at the hotel 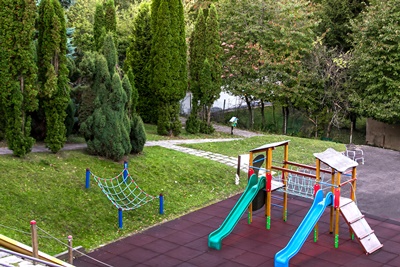 There are two playrooms for our youngest guests. One of them is situated on the first floor. Here, little ones can have fun.

The ‘Csörgő’ room, which is located on the ground floor, is designed for the bigger ones. Here, they can find a table football table, a table tennis table and a giant chess set.

Opposite the Drink bar, there is a billiard table, and we provide computer access. At the reception desk, you can also ask for cards.

The hotel also has a book corner for those who want to refresh their minds during the holiday and let their imagination to soar.

In addition to pampering wellness treatments, our hotel awaits you and your family with several active recreational programmes in the area.

The ‘ParkKaland’ adventure park is located in Mátraszentimre, one of the picturesque sites of Upper Mátra.

Set in a partly wooded area, the Adventure Park offers great entertainment for the fans of active sports, children and adults alike. The adventure park can be used for everyone taller than 1.40 metres. The adventure park, which is another base for adrenaline addicts, has eight stations and is 5.5 meters in height. The well-equipped forest exercise trail offers a wide range of activities and sporting opportunities for all ages.

We provide the necessary tools and equipment for using the adventure park and the safety equipment that complies with the regulations.

The adventure park activities are weather dependent and prior registration is required. The course is only accessible with an attendant.

The guests of our hotel have the opportunity to rent a bicycle. They can choose the most suitable from our Gepida bikes, and our colleague will set up the bicycles before use. Our bikes can be fitted with a child seat, so even the smallest can enjoy the wonderful opportunities that the Mátra can offer for bikers.

Reservation is required at the hotel reception!

Hotel Narád & Park has a tennis court for hotel guests and walk-in guests. Our hotel provides a limited number of rackets and balls for the game. Reservation of the court can be made by prior arrangement at the hotel reception.

In Mátraszentlászló, we reach the Red Stone lookout tower on a marked hiking trail in a few minutes from the turn of the driveway towards Mátraszentistván. The nice panoramic view is worth a walk, as even the peaks of the Tatras can be seen in clear weather. The old broken-down lookout tower was demolished and a new one was erected in its place.

The name of the lookout tower probably derives from the reddish rock, forming the mountain, which can also be seen along the hiking trail.

"If Kékes is the head of the Mátra, Galya is its waist," - published in the Gyöngyös Guide in 1909. Already at the end of the last century, in 1894, the Mátra Society built a shelter here. The building was demolished before the First World War. The new building, built between 1921-24, was destroyed during World War II.

Like in other settlements, wooden goods - wooden spoons, salt racks - from the nearby Mátrakeresztes are particularly popular here.

From several points of the road leading to Galyatető, there is a great view of the Kékes Mountain.

It is worth visiting the area on foot, as the walking path between Bagolyirtás and Fallóskút has a magnificent view of Mátraszentimre, Galyatető, and Kékes can also be seen far away. Mary's Chapel, a well-known place of pilgrimage, is also situated in Fallóskút.

Digitroll Kft. started the construction of the Mátraszentistván Ski Park in October 2002. On the nine-hectare site, six ski runs were completed in the length of 3,520 meters, a snow cannon system was realised with pipelines of nearly 2,000 meters and two reservoirs.

At the crossroads of the ski courses and ski lifts, bridges were erected, mountain huts and log cabins were built of Siberian logs, which fit in well with the surroundings and do not disturb the landscape. From beginners to advanced skiers, everyone can find the ideal course. Qualified ski instructors welcome beginners and restarters, and ski equipment rental is available.

Discounted price with half board

Book more nights at our hotel to get higher discounts!

Have a nice holiday in Mátraszentimre, Hungary!

Optional programs at the hotel free of charge: Playroom for kids, billiard,table tennis. 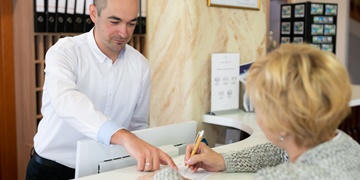 Important changes
From 1st September 2021 all of our guests (regardless to their age) must present and hand over their ID cards or passports for document scanning at the time of check-in to our hotels due to modification of the Act no. CLVI/2016. of Hungary.
More

Did you find a better price in another website?